In August 2002, the federal government, in cooperation with the provinces, enacted the revised Transportation of Dangerous Goods (TDG) Act. The Act was implemented in response to concerns about safety to the public, workers and road-users.

The new Act has many ramifications for all industries that require the transportation of fuel, including gasoline and diesel. The most prominent industries are road building, mining, oil and gas, and forestry.

The key element of the TDG Act is the required specifications. The Act specifies that any fuel delivered or transported must use a Transport Canada standardized slip tank (IBC) (means of containment) that has been certified by the Canadian General Standards Board and manufactured by an ISO certified company.

The guidelines for manufacturing and inspecting slip tanks (IBC), referred to as "Intermediate Bulk Containers" or IBCs, were written by the United Nations in cooperation with the International Standards Organization.

For more information go to www.tc.tdg.ca or www.iso.org

IBCs are commonly known by other names such as fuel tanks, tidy tanks, slip tanks, and enviro tanks. 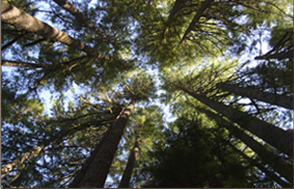 The TDG Act specifies that any fuel delivered or transported must use a Transport Canada standardized slip tank (IBC).

We are ISO Certified - www.iso-certification.com